Predicting bushfire behaviour and potential impacts on a property using standard calculations and assumptions about the flammability of a vegetation type is useful, but does not always reflect the variability in seasons, terrain and other landscape features particular to that property that influence fire behaviour and severity.

What about fuel? To give sound advice to the community about bushfire hazards and fire management it is important to understand the dynamics of fuel in the various layers of the forest. What is considered as fuel or combustible material; how much fuel has accumulated; how fuel is arranged; how much moisture does it contain; and how severe does the fire have the potential to be based on these fuel ‘ingredients’ determines the potential risk to property from bushfire.

Observing the fire behaviour daily on Panguna Ridge over the past week in Smithfield north of Cairns provides a great opportunity to look at the connections between fire behaviour and current fuel conditions in an area classed as ‘Very High Potential Bushfire Risk’ under the Cairns Regional Council Bushfire Overlay Codes/mapping. The fire has been moving south along the ridge for 8 days and has traveled approximately 800 metres in that time, as a slow back-burn.

With the absence of mid-story fuel or grasses the fire (less than 0.5 metre high) relies on wind moving it through the leaf litter only to self-extinguish each evening and pull-up along walking and mountain bike tracks and rocky screes. The burning logs and hollowed out trees flare up the next day in the heat, fall on to unburnt areas with leaf litter and cause narrow fingers of fire to run up and down the eastern face of the ridge under the south-easterly  wind direction. This pattern has been repeating each day, creating a low-intensity and very patchy fire, leaving considerable areas of unburnt bush and habitat.

At two sections of the ridge where the canopy is more open and there are small areas of grass the fire has scorched the mid-story canopy of wattles and eucalypts and caused some amount of leaf-drop. Leaf-drop has the potential for a fire to carry again across areas already burnt to unburnt areas.

In these open areas the fire has managed to jump over the network of tracks due to a combination of leaf-drop and falling burning timber and/or floaters (leaves on fire carried by the wind to unburnt areas) igniting the leaf litter on the other side.  However, the fire has trickled at no more than 200 millimetres high down the western face of the ridge, and with no wind quickly loses momentum and extinguishes against the rainforest vegetation less than 15 metres below.

The considerable depth of accumulated leaf-litter during the driest part of the year, and a slow burn with a longer residence time has implications for igniting stumps and logs and the ability for the fire to trickle around for days despite there being little other fuels present, and receiving small showers of rain.

However, the fire still burning, under current wind direction and conditions and fuels present on the ridge and to the west, is unlikely to burn over a metre high and gain enough momentum to create a large fire front or create enough radiant heat to impact on surrounding properties.  A wind direction change would create a fire moving with the wind with a faster rate of spread (ROS) through the leaf litter, but would a faster moving fire in this fuel type have the same ability to ignite logs and timber to create next day flare-ups and ignite unburnt areas burning for days, or would it simply extinguish once it reaches the first trail or track? 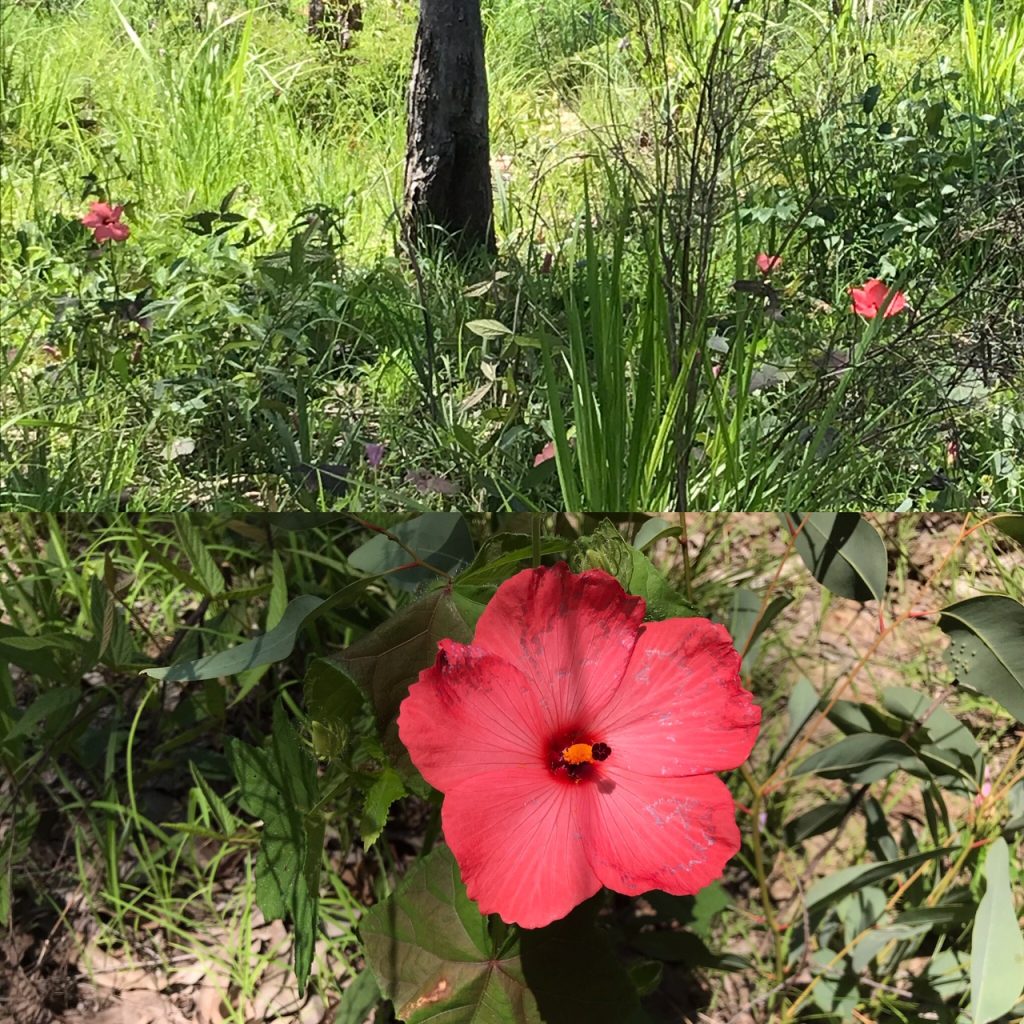 The Mount Carbine Tableland open forest has been transformed in the past few weeks from a dry parched landscape to a picture of lush new growth after the monsoonal rain. Species such as the perennial Native Rosella (Abelmoschus moschatus subsp. tuberosus) lies dormant in the dry seasonal and then emerges from its tuber during the wet season. The bush-tucker plant only flowers for one day. This paddock near Mount Molloy has been subjected to a hot late-season fire that has removed the weedy understory and now is a canvas of iridescent green new growth with splashes of the Rosella’s watermelon-pink hibiscus flowers.

Bowerbirds have always been recognised for their construction abilities, pedantic arrangement of bowers and particular adornments they choose to scatter around the cleared area of the bower to attract females.

But is the cleared area only to make the bower standout?? Some researchers believe these species of bowerbird may have adapted to fire prone environments by deliberately clearing a ‘firebreak’ around their bower to protect it from wildfire….. 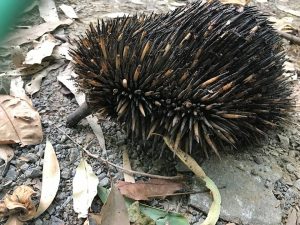 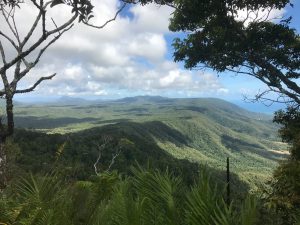 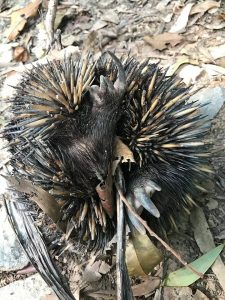